In 1692, the Establishment Act was passed by the Maryland Assembly which stipulated that the colony be divided into thirty parishes. Each parish selected a Vestry of six men to build a church in that parish. Each taxable person was required to pay a fee of forty pounds of tobacco for the benefit of the rector and for construction of churches. The Book of Common Prayer was to be used in all churches supported by this taxation. Although the Act did not establish a “state church,” in effect the Anglican Church was the recognized church of the colony. The American Revolution in 1776 meant the end of the century-old tie to the Church of England. In 1779, the Maryland Vestry Act was passed in order to reorganize the parishes of the Church of England. In 1780, a convention of the clergy and lay representatives of the parishes met on the Eastern Shore of Maryland, organized the church and gave it the new legal name, the Protestant Episcopal Church.

Colonists established the original Christ Church in Port Tobacco in about 1683. Under the Establishment Act in 1692, Port Tobacco was one of thirty parishes in the province of Maryland. Because of the growth of Christ Church, the need for a chapel of ease in the upper part of the parish was presented to the General Assembly of Maryland in 1752.

St. Paul’s Chapel of Ease, better known as St. Paul’s, Piney, was established on Wednesday morning, May 29, 1754 by an Act of the General Assembly of Maryland. St. Paul’s, Piney remained a Chapel of Ease from 1754 until 1967. In 1967, St. Paul’s, Piney was granted permission by the Diocese of Washington to organize as a separate parish. It officially became St. Paul’s Episcopal Church, Piney Parish in January 1968. Unfortunately, vestry minutes for two formative historical periods in American history 1754-1821, the revolutionary period and birth of our nation, and 1848-1895, the time period which tested the resolve of the country and its people, have not been found. Much of the history of our church and cemetery comes to us by word-of-mouth only and is now documented in The History of St. Paul’s Episcopal Church. An excellent resource regarding the history of this small Episcopalian church, The History of St. Paul’s Episcopal Church contains information and anecdotes about the cemetery as well.

St. Paul’s, Piney’s cemetery is also one of the oldest in Southern Maryland and has known interments dating back to the early 1800s. Click here for a listing of those buried in the cemetery. 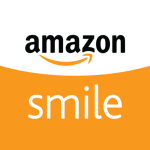